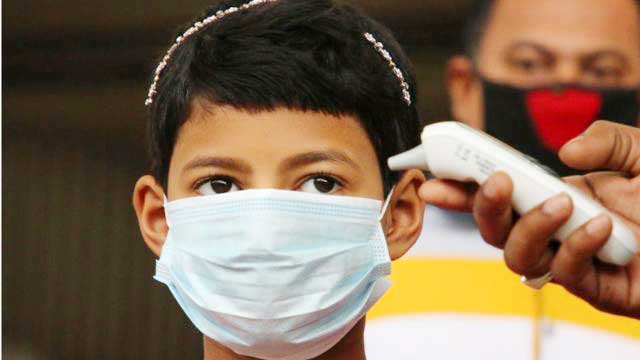 Two more people tested positive for coronavirus in the last 24 hours, raising the total number of cases in the country to 56, the government announced Thursday.

"Samples of 141 people were collected in the past 24 hours. Two of them tested positive," said DGHS Management Information System Director Dr Md Habibur Rahman in an online press briefing.

He said both of the new patients are male.

"One of them is aged 30-40 and the other between 70 and 80," he said but declined to disclose any information about the locations of the patients.

Earlier, he announced that 68,880 people have been home quarantined and 243 have been institutionally quarantined.

Rahman said PCR testing facility has been extended to six institutions within Dhaka and four outside the capital and all of them are currently in operation.

So far, 357,250 PPEs have been given to different medical institutions.

In the last 24 hours, 66,465 calls were made to the helplines of the health division regarding COVID-19.