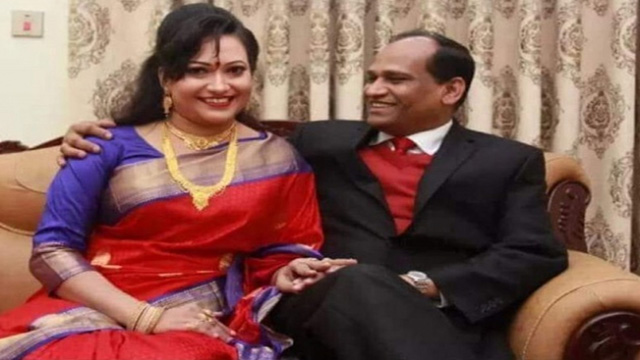 A woman--claiming to be the second wife of Member of Parliament of Rajshahi-4 constituency--has accused him of marrying her in secret and killing her foetus afterwards, through various Facebook posts, with the latest one shared on Monday afternoon.

The woman, Ayesha Akter Liza, has held accountable Enamul Haque, owner of Ena Properties and MP of Rajshahi-4 constituency for her eight-year-old secret marriage that later led to her abortion, and demanded justice for herself through numerous Facebook posts made during last week.

According to Liza, she and the MP got married on April, 30, 2013. However, to maintain his popularity among the locals, MP Enamul had convinced her not to come public as his second wife until he got elected for the second time. In 2015, when Liza got pregnant with Enamul’s child, he allegedly made her abort the child, Liza alleges.

Acting on her repeated requests, the MP, however, registered his marriage to her in 2018 but she alleges that she had been divorced by the MP recently over unknown reasons, which made her come forward and share the news with people.

She also said that she is receiving death threats from numerous sources related to MP Enamul and asked for help from the authorities to validate her marriage with him.

Meanwhile, when asked, MP Enamul declined all allegations against him and said: “I married Liza in 2015 and divorced her on April, 24, 2020, maintaining all the protocols of the court.”

“This is nothing but trickery to defame me to the public and frame me as a criminal when I am not,” added the MP.

He further said he will welcome any complaint filed through the court and fight against them legally but he will consider any other act as blackmail.