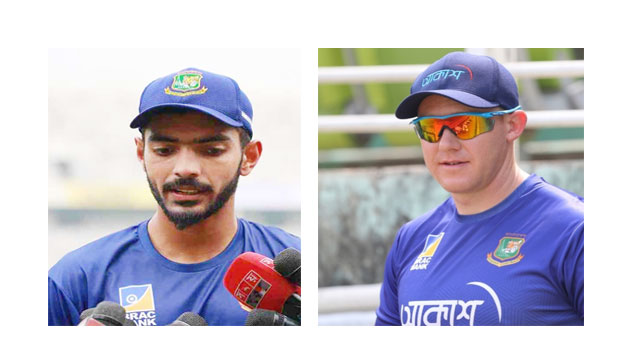 A total of 24 players and supporting staff on Monday gave their sample to test, from which these two were tested positive, confirmed a press release of the Bangladesh Cricket Board (BCB).

Saif Hassan has so far played two Tests for Bangladesh and was the member of the Test team in the country’s last Test against Zimbabwe in last March. He is considered as the opener alongside Tamim Iqbal in the upcoming three-match Test series against Sri Lanka too.

Saif however started an individual training programme, arranged by the BCB too but now would have to refrain himself from joining the practice, which is set to restart tomorrow.

Nevertheless as he and Lee had no visible symptoms leading up to the sample collection, the BCB’s Medical Team has advised them to go into self-isolation immediately in accordance with the COVID-19 management protocol until they undergo another test.

It may be noted that Lee had earlier reported positive on 14 August in Dubai, UAE and negative on 23 August after 10 days in isolation. He also completed a 14-day self-quarantine on arrival in Dhaka prior to yesterday’s test.

BCB’s sports physician Debashis Chowdhury said, “Our consultant for COVID-19 is reviewing Lee’s case to determine whether it is a new or previous infection before advising on the management plan.”