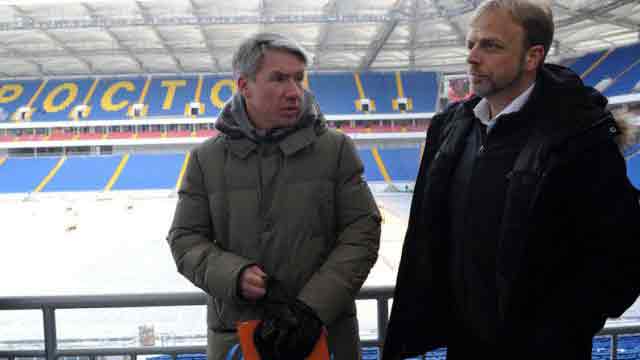 Moscow, Mar 10 (Just News): The World Cup is a prime opportunity for the host country to burnish its international image-but Russia’s tensions with the West mean that will prove tricky this year.

After a former Russian spy was attacked with a nerve agent on an English street, Britain is considering pulling its officials from the tournament in June and July if it is proved that Moscow was behind the poisoning.

Britain’s Daily Mail newspaper complained that Western countries would hand Russia a “sheen of acceptability and normality, a bloody stamp of approval” by taking part.

But for Simon Chadwick, a professor who writes about sport and geopolitics at the University of Salford near Manchester, the Cup is more about boosting president Vladimir Putin’s image at home than abroad.

“It’s about projecting an image of Russia as strong and powerful,” he said, just as the Kremlin used the 2014 Sochi Winter Olympics to build Russians’ sense of their nation as a resurgent global power.

In terms of relations with the West, however, Mathieu Boulegue, Russia research fellow at the Chatham House think-tank, predicted the tournament would bring “very limited dividends”.

Here are five sources of international tensions away from the pitch:

Former Russian agent Sergei Skripal and his daughter are critically ill after they were attacked in the southwestern English city of Salisbury last Sunday.

Russia has denied attacking Skripal but the murder attempt has sparked fury in Britain, which blamed Moscow for the 2006 murder in London of another spy, Alexander Litvinenko, with a radioactive cup of tea.

Britain is mulling how to respond if Russia is found responsible, including a possible boycott of the World Cup suggested by Foreign Secretary Boris Johnson on Tuesday.

Officials have been quick to clarify, however, that this would affect only officials and dignitaries attending the tournament-not the England squad.

Russian support for Syria’s president Bashar al-Assad has put the Kremlin at odds with the opposition-backing West since the brutal war broke out in 2011.

But Russia’s increasingly influential position in the conflict, undermining UN-backed Geneva peace talks with its rival Astana process, is a source of increasing anxiety in the West.

“There is a clear understanding in the Western world that there will be no peace deal in Syria without Russia playing a central part in it,” Boulegue said.

Russia wants to be the key power broker in postwar Syria, Boulegue added, shoring up its military presence on the ground and already eyeing business deals for the reconstruction efforts.

Jonathan Eyal, international director at the RUSI think-tank, said Moscow was also using its dogged support for Assad as proof to other potential client states that its help comes in handy.

Since US accusations of Russian interference in the 2016 presidential election, a string of Western governments have warned against Russian attempts to meddle in their domestic affairs.

Reports of Russian “troll factories” spreading fake news online to influence voters have spread fears from the US to France, Britain and Catalonia.

Moscow has repeatedly denied allegations of electoral interference, but analysts view its cyber-activities as part of long-term efforts to weaken the West.

“There is in Russia a systematic approach seeking to destabilise the West from within,” Boulegue said.

Since then, more than 10,000 people have been killed in the war in Ukraine’s east between government forces and Russian-backed rebels.

Chadwick noted that the Crimean invasion came just after the Sochi Games, which at home became “almost a symbol of Russia’s ascendancy to becoming a powerful global force again”.

And while hosting the World Cup might win few friends abroad, Putin could use the football tournament to pull off a similar domestic public relations coup this summer, he predicted.

The World Cup will come after months of controversy over the doping of Russian sportsmen and women.

They were booted from the Olympics over allegations that Russia carried out state-sponsored doping at the 2014 Sochi Winter Games.

But a 168-member team of Russian athletes was allowed to take part in the just-completed Pyeongchang Winter Olympics under a neutral banner, and the International Olympic Committee lifted the ban last month.

Chadwick said the doping scandal had been so huge in scope that it has had the odd effect of eclipsing criticism of Russia’s organisation of the World Cup.

“Compared to Qatar, Russia is getting a relatively easy ride,” he said, referring to criticism of the hosts of the 2022 World Cup.

“It’s almost as though the doping scandal has sidetracked any scrutiny of the World Cup.”