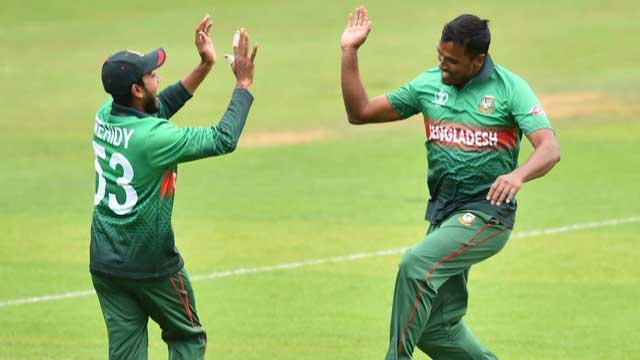 Mustafizur Rahman and Rubel Hossain struck as Bangladesh kept India in check during the warm-up match at the Sophia Garden’s in Cardiff on Tuesday.

Mustafiz trapped Shikhar Dhawan leg before for one while other opener Rohit Sharma dragged one of Rubel Hossain onto his stump after making 19 as India reached 50-2 in 15 overs.

Bangladesh skipper Mashrafee bin Murtaza won the toss and elected to bat first in what is their final warm-up match.

Play had to be suspended for nearly half-an-hour after first two balls were bowled in the opening over by Mustafizur Rahman.

Bangladesh’s first warm-up match against Pakistan was washed out on Sunday without a ball being bowled at the same ground.