US Senate confirms Antony Blinken as Secretary of State 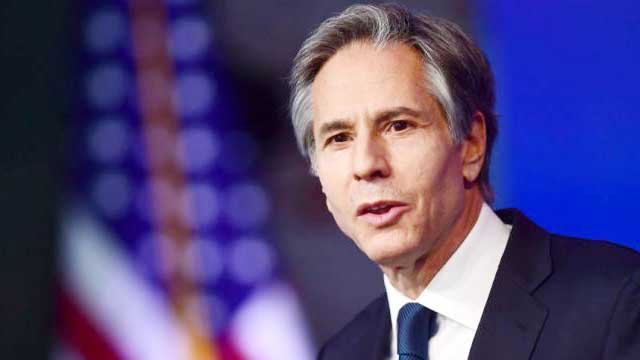 The US Senate on Tuesday easily confirmed Antony Blinken as Secretary of State.

The Senate voted 78-22 to approve Blinken, a longtime adviser to President Joe Biden. The position is the most senior Cabinet position, with the secretary fourth in the line of presidential succession.

Blinken, 58, served as deputy secretary of state and deputy national security adviser during the Obama administration. He has pledged to be a leading force in the administration’s bid to reframe the U.S. relationship with the rest of the world after four years in which President Donald Trump questioned longtime alliances. He is expected to start work on Wednesday after being sworn in, according to State Department officials.

“American leadership still matters,” Blinken told the Senate Foreign Relations Committee at his Jan. 19 confirmation hearing. “The reality is, the world simply does not organize itself. When we’re not engaged, when we’re not leading, then one of two things is likely to happen. Either some other country tries to take our place, but not in a way that’s likely to advance our interests and values, or maybe just as bad, no one does and then you have chaos.”

Blinken vowed that the Biden administration would approach the world with both humility and confidence, saying “we have a great deal of work to do at home to enhance our standing abroad.”

"Here’s my message to those beyond our borders: America has been tested. And we’ve come out stronger for it," Biden said last week in his inaugural address. "We will repair our alliances and engage with the world once again."