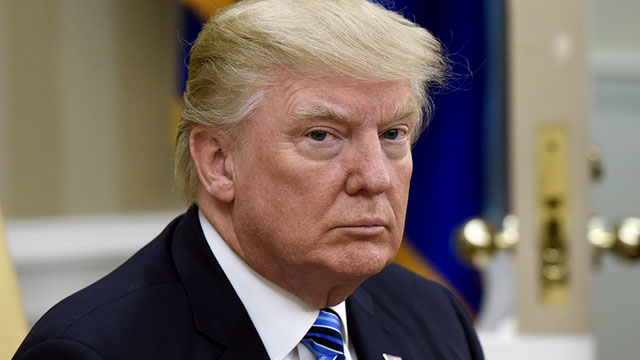 The US President Donald Trump on Friday expressed his condolences to the people of New Zealand following terror attacks at two mosques in Christchurch that left at least 49 people dead.

"My warmest sympathy and best wishes goes out to the people of New Zealand after the horrible massacre in the Mosques. 49 innocent people have so senselessly died, with so many more seriously injured. The U.S. stands by New Zealand for anything we can do. God bless all!" Trump tweeted.

In a separate statement, the White House also condemned the shootings, but did not mention specifically that it was at a mosque or that Muslims were killed.

"The United States strongly condemns the attack in Christchurch. Our thoughts and prayers are with the victims and their families," press secretary Sarah Sanders said in a statement Friday morning.

She continued, "We stand in solidarity with the people of New Zealand and their government against this vicious act of hate."

National security adviser John Bolton said the US is "very concerned" and is following the events in New Zealand "very closely."

"We're obviously greatly disturbed on what seems to be a terror attack, this hate crime in New Zealand. We've been in touch with our embassy overnight, we're still getting details, but the State Department and others are following up on it," he told reporters Friday morning.

Ivanka Trump made a specific reference to Muslim communities in her condemnation.

"49 innocent people were slaughtered in their place of worship during the terrorist attack on Christchurch Mosques. We join New Zealand and Muslim communities around the world in condemnation of this evil as we pray for the families of each victim and grieve together," the first daughter and adviser to the President tweeted.

New Zealand's Prime Minister, Jacinda Ardern, called the incident a terrorist attack in a Friday press conference, saying the suspects held "extremist views" that have no place in New Zealand or the world.

Forty-one people were killed at the al Noor mosque on Deans Avenue, said Mike Bush, New Zealand's Police Commissioner. Seven people died at the Linwood mosque on Linwood Avenue, and one person died from their injuries in the hospital.

Bush said four people were taken into custody -- three men and one woman. Police do not believe there are any other suspects but said it was still an open investigation. A man in his late 20s has been charged with murder and will appear at the Christchurch court Saturday morning local time, Bush said.

US Ambassador to New Zealand Scott Brown also expressed his condolences and pledged US solidarity.

"We're heartbroken over the events in Christchurch today. We stand with our Kiwi friends and neighbors and our prayers are with you. Kia kaha," Brown tweeted.-CNN