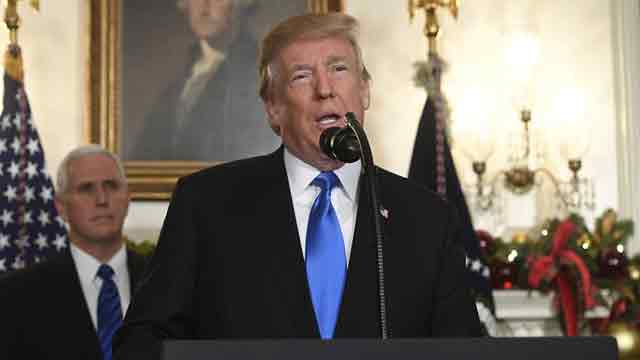 Washington, Jan 10 (Just News): Presidential Executive Order on Supporting Our Veterans During Their Transition From Uniformed Service to Civilian Life:

By the authority vested in me as President by the Constitution and the laws of the United States of America, it is hereby ordered as follows:

Section 1. Policy. It is the policy of the United States to support the health and well-being of uniformed service members and veterans. After serving our Nation, veterans deserve long, fulfilling civilian lives. Accordingly, our Government must improve mental healthcare and access to suicide prevention resources available to veterans, particularly during the critical 1-year period following the transition from uniformed service to civilian life. Most veterans' experience in uniform increases their resilience and broadens the skills they bring to the civilian workforce. Unfortunately, in some cases within the first year following transition, some veterans can have difficulties reintegrating into civilian life after their military experiences and some tragically take their own lives. Veterans, in their first year of separation from uniformed service, experience suicide rates approximately two times higher than the overall veteran suicide rate. To help prevent these tragedies, all veterans should have seamless access to high-quality mental healthcare and suicide prevention resources as they transition, with an emphasis on the 1-year period following separation.

Sec. 2. Implementation. (a) In furtherance of the policy described in section 1 of this order, I hereby direct the Secretary of Defense, the Secretary of Veterans Affairs, and the Secretary of Homeland Security to collaborate to address the complex challenges faced by our transitioning uniformed service members and veterans.

(b) Within 60 days of the date of this order, the Secretary of Defense, the Secretary of Veterans Affairs, and the Secretary of Homeland Security shall submit to the President, through the Assistant to the President for Domestic Policy, a Joint Action Plan that describes concrete actions to provide, to the extent consistent with law, seamless access to mental health treatment and suicide prevention resources for transitioning uniformed service members in the year following discharge, separation, or retirement.

(i) preliminary progress of reforms implemented by the Joint Action Plan;

(ii) any additional reforms that could help further address the problems that obstruct veterans' access to resources and continuous mental healthcare treatment, including any suggestions for legislative and regulatory reforms; and

(iii) a timeline describing next steps and the results anticipated from continued and additional reforms.

Sec. 3. General Provisions. (a) Nothing in this order shall be construed to impair or otherwise affect:

(i) the authority granted by law to an executive department or agency, or the head thereof; or

(ii) the functions of the Director of the Office of Management and Budget relating to budgetary, administrative, or legislative proposals.

(b) This order shall be implemented consistent with applicable law and subject to the availability of appropriations.

(c) This order is not intended to, and does not, create any right or benefit, substantive or procedural, enforceable at law or in equity by any party against the United States, its departments, agencies, or entities, its officers, employees, or agents, or any other person.