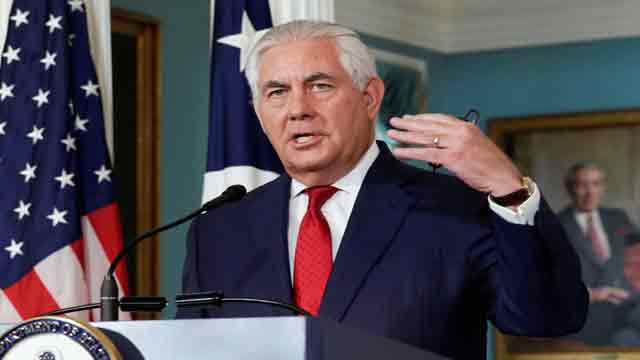 They discussed issues and concerns related to Syria, North Korea, and Ukraine. On Syria, the two discussed Russia’s role in ensuring the Assad regime plays a constructive role in the UN-led Geneva process.

On North Korea, Secretary Tillerson discussed the meeting he hosted with Canadian Foreign Minister Freeland in Vancouver to call out North Korea’s unlawful and dangerous development of nuclear and ballistic missile programs and stressed the urgent need for all parties to implement UNSCRs related to North Korea.

On Ukraine, the Secretary noted the upcoming meeting between U.S. Special Representative Volker and Russian Representative Surkov and emphasized the need for Russia to accelerate implementation of its commitments under the Minsk Agreements and reverse the recent escalation in the fighting in eastern Ukraine.