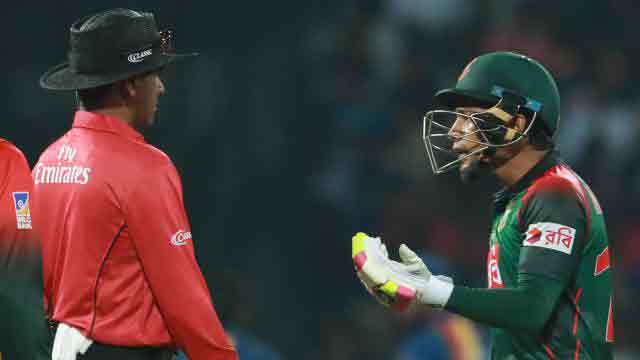 Dhaka, Mar 11 (Just News): Sri Lanka's Dinesh Chandimal has been suspended for two Twenty20 Internationals in the three-nation series after being found guilty of a serious over-rate offence in a match against Bangladesh in Colombo on Saturday, said an ICC press release.

Bangladesh T20 captain Mahmudullah was also fined a 20 per cent of his match fee after his side was ruled to be one over short. Each of players of the Bangladesh team received 10 per cent fines.

As per Article 2.5.1 it is minor over-rate offences for the visitors.

In accordance with Article 2.5.2 of the ICC Code of Conduct for Players and Players Support Personnel, players are fined 20 per cent per additional over their side failed to bowl in the allotted time.

As per the suspension, Chandimal was suspended from his side’s 12 and 16 March fixtures against India and Bangladesh respectively.

However, according to Article 8.2 of the code, Chandimal could file an appeal against the sanction.