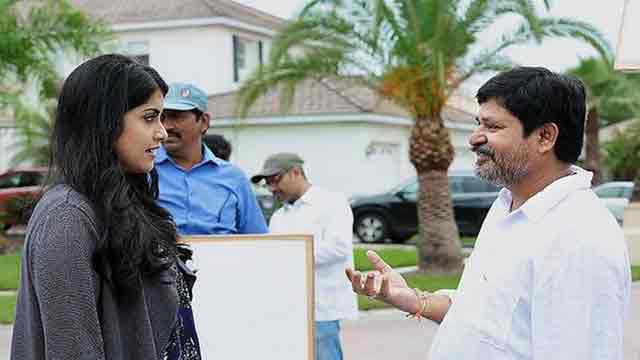 Dhaka, Dec 15 (Just News): As this year ends, filmmakers are struggling to find theatres for Christmas releases. Director N Shankar has decided to bring 2 Countries out on December 29; it has Sunil playing the lead role and has an NRI Manisha Raj as his co-star.

The director whose last hit was Jai Bolo Telangana tells us how he bagged the film rights: “The producer of 2 Countries is my friend. When the film released he called me and said the response to it is terrific and it is doing exceptionally well and it collected around 55 crores. Dileep, the actor in the Malayalam movie apparently was going through a series of disasters until then, this was a huge relief for him.

My friend suggested I make it in Telugu and the actor who struck me immediately was Sunil. By the time I arrived at a decision, producer Bandla Ganesh had taken the rights by paying advance. My friend did ask me once again and since I didn’t have clarity at that time I told him to give it to Ganesh. After a few years I noticed even Bandla Ganesh did not take it forward and so I moved the proposal again.”

Speaking about the central character, Shankar says, “It’s about an easy going guy, who’s used to easy money very early in life, hence for him only after money comes family and relationships. Towards the end he realises the importance of love and relationships. He adds, “For about 12 to 13 reels he makes us laugh. There is so much scope for fun to be raised in the story and I observed that Dileep’s and Sunil’s body language is identical. Even Sunil’s Poolarangadu in Malayalam was a hit where Dileep was the hero.”

Shankar cites they showcased culture and tradition of the two countries vis a vis husband wife, between two families etc. He points out, “Divorce is easy in America, we showed it in an entertaining way. Here we don’t even look at each other’s face after divorce. But there they behave in a different way. I made small changes for making the script look better. Also there is one more difference. The Malayalam script was written for an educated audience. Whereras we are targeting rural audience here, so I had to simplify it. The characters will be more believable.”

Shankar shares that the filmmaker did want to change the title hence he had to retain ‘2 Countries’. “The urban audience and the multiplex crowd will relate to it, but to be honest these days even people in the villages are using social media and smart phones, they are savvy too. …so we did away with Telugu titles. The teaser was seen by 40 lakh people.”

About the leading lady, Shankar says, “The heroine Manisha Raj is from the US. She is a singer and a family friend of a close friend. After the auditions, I noticed that she was just right for the character; she did a very good job.”

This film is also a breather for Sunil as he too is reeling under flops. Talk about Sunil’s recent repertoire, the director jumps to his defence. “A script can go wrong but an actor will never make mistakes. Sunil has always delivered 100 per cent and perhaps more. Hits and flops are common but one should believe in the content. Why don’t you take the example of Dr Rajashekar, he too returned in a big way with Garuda Vega. If people like it they will patronise it in a big way.”