A good thriller was always on my bucket list: Ayushmann 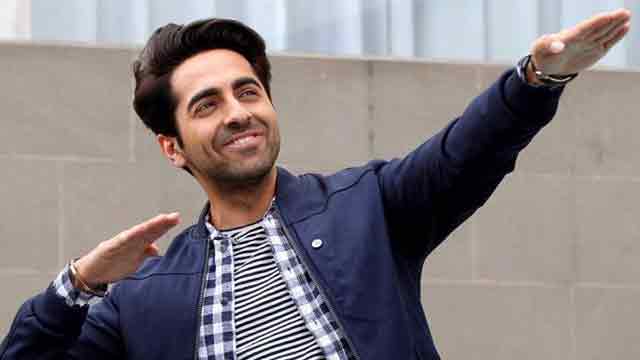 Dhaka, Oct 3 (Just News): After playing mainly relatable characters in quirky comedies, Ayushmann Khurrana is finally ready to break his mould with his mysterious blind pianist act in AndhaDhun. “A thriller has been on my bucket list for a long time. As an actor, I believe it is important to establish yourself in a certain space before exploring other arenas. Which is why I stuck to slice-of-life stories for the last six years. With AndhaDhun, I finally decided to take the plunge into a totally new genre,” says Ayushmann.

The film is directed by Sriram Raghavan. Gushing about his director, Ayushmann adds, “He is a master of thrillers. We do not have a culture of making good thrillers in India. There have been very few successful, well-made thrillers in our country. Most of them have come from Sriram.”

When probed about what draws him to the genre, Sriram Raghavan says, “Believe it or not, these stories just come to me. I do not have a set plan to make thrillers all the time. AndhaDhun, I guess, is less like Badlapur and more in the mood of Johnny Gaddar. It is very wicked and breezy.”

To prepare for his role in AndhaDhun, Ayushmann attended separate workshops to master the body language of a pianist and a blind man. “For the piano part, I trained under Akshay Verma, a musician from LA who is based out of Mumbai now. I did intensive workshops with him for five hours a day for 3-4 months. The most difficult part was learning to play the piano without looking at the keyboard. Even if you see my close-ups in the film, those are my hands. As for playing a blind man, I visited blind schools for three months to observe the body language of a visually-impaired person.”

The trailer of AndhDhun ends with a cliffhanger about Ayushmann’s supposed 'blindness' in the film, leading to fans wondering if he is actually blind or if he is pretending to be. Commenting on this, Sriram Raghavan teases, “I won't reveal any of that! All I can say is, Ayushmann is playing a person who goes through various choices. I am a student of Hitchcock, and AndhaDhun is filled with many such interesting, Hitchcock-ian situations.”

AndhaDhun also stars Radhika Apte and Tabu. Praising his female co-stars, Ayushmann says, “Radhika's choices have always been very unconventional and radical. However, this time around, she plays a very conventional love interest, which in a way is experimental for her. Tabu, on the other hand, plays a very quirky character. The best thing about Tabu is that she remains malleable with changing times. She did films like Vijaypath in the 90s, followed by something like Cheeni Kum in 2007; recently, she did Haider (2014) and then a commercial film like Golmaal Again (2017). It goes to show how versatile she is as an actor."

The film also marks the comeback of veteran actor Anil Dhawan, who was last seen in the action-comedy film Himmatwala (2013). “He is playing a very wily character; I think such people really exist. He was such a sport to come and do the role. For me, another incentive was to use some of his old songs in the background score of AndhaDhun. They bring a very retro feel to the film,” Sriram Raghavan says.