Three heart-throbs appear in one drama 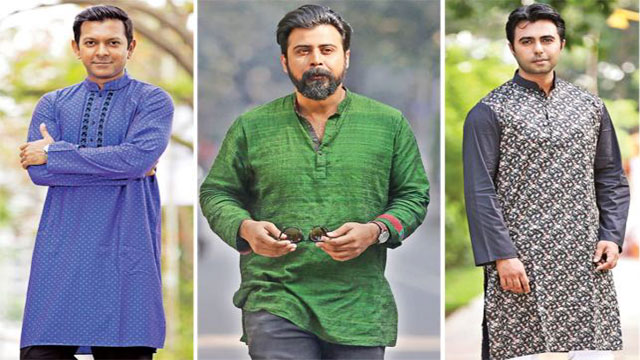 The name of the web series may be changed though.

“The three actors have already finalised their schedule. I am hoping to begin the shooting from 2 January,” Shihab Shaheen told the Prothom Alo correspondent.

The web series will be released on online platform ‘Bioscope Originals’. It will be produced under the banner of Good Company, a renowned production house of the country.

Director Shihab Shaheen said, he and the chief executive of Good Company, Sardar Sanyat Hossain finalised the story and its screenplay.

The 60-minute series will be open for all in January, according to the production house.

“The making of the web series is no different than a cinema- be it screenplay, casting, acting or making of the series,” said Sanyat.

“The audience will have to subscribe to the online channel to watch the drama. So yes, you can also call it a cinema,” he added in reply to a question ‘why it is called a web-series, not cinema’.

The story of the drama revolves around three men at their 30s and how they deal with their problems and lives.

However, the female leads are yet to be decided.

“We confirmed the schedule. But we did not get the screenplay yet. We will start working as soon as we receive it,” said Afran Nisho.