Cuaron’s ‘Roma’ a top winner at the Critics’ Choice Awards 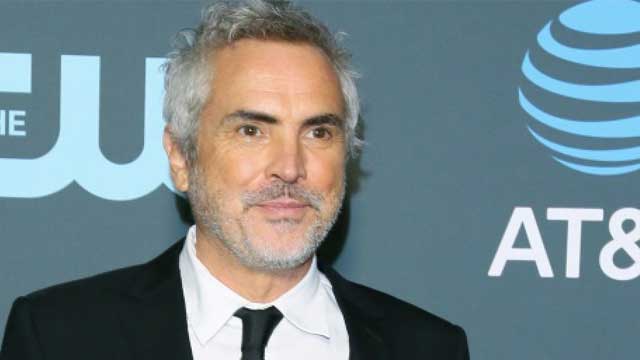 Hollywood’s award season was in full swing late Sunday, with Alfonso Cuaron’s “Roma” – an ode to the director’s childhood in 1970s Mexico City – the big winner at the Critics’ Choice Awards.

“Roma” won trophies for best picture, best foreign-language film, and for both director and cinematography for Cuaron.

“This bunch of Mexicans are not as bad as sometimes they are portrayed,” said Cuaron said, a reference to President Donald Trump’s hardline rhetoric on immigration.

Shot in black and white, and filmed in Spanish and the indigenous Mixtec language, “Roma” is a semi-autobiographical chronicle of a year in the life of Cuaron’s family and his childhood nanny.

“Roma” – the title a reference to a posh Mexico City neighborhood —earlier won two Golden Globes and is a leading contender for an Oscar at the Academy Awards ceremony in February.
Christian Bale, who portrayed former US vice president Dick Cheney in “Vice,” won awards in the Best Actor and Best Actor in a Comedy categories, while Glenn Close (“The Wife”) and Lady Gaga (“A Star is Born”) jointly won in the Best Actress category.

Olivia Colman won the Best Actress in a Comedy award.

“Crazy Rich Asians” won in the Best Comedy category, beating out “The Favourite” and “The Death of Stalin,” among others.

Seen as a barometer for the Oscars, the Critics’ Choice Awards also includes awards for the best of television.

“The Americans” took the award for Best Drama Series, while “The Marvelous Mrs. Maisel” took the Best Comedy Series award, with its star Rachel Brosnahan winning in the Best Actress in a Comedy Series category.