Bangladeshi student, 14 others arrested over US visa fraud 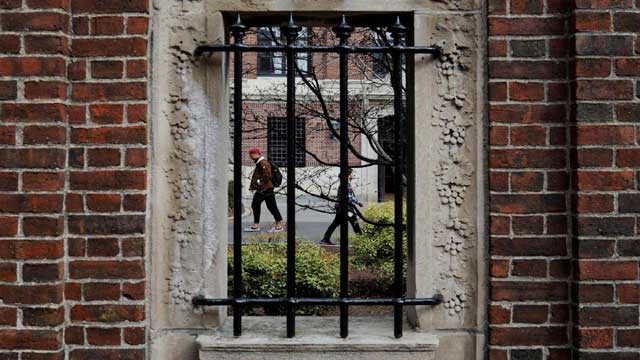 Fifteen foreign students including a Bangladeshi have been arrested for allegedly using student work visa job program to stay in the US, fraudulently.

The US Immigration and Customs Enforcement (ICE) agency announced the matter in a press release on Wednesday, reports NBC News.

The arrests took place in and around Boston, Washington, DC, Houston, and Nashville, among other cities. Those arrested included 11 Indian nationals, two Libyan nationals, one Senegalese national and one Bangladeshi national, the ICE press release said.

The students had claimed to work for companies that did not exist, and that the arrests were preliminary results from a law enforcement investigation that began in January called Operation OPTical Illusion, according to the ICE and the Department of Homeland Security officials.

"The arrests we highlight today are just the beginning and should serve as a warning," Tony Pham, ICE director said.

"Any non-immigrant student who fails to maintain or violates the terms of their non-immigration status is subject to arrest and removal from the United States," he said.

The "Optional Practical Training (OPT) is a program offered to foreign students allowing them to remain in the US and gain work experience while studying in and after graduating from American colleges and universities. It is a temporary employment, permitted to students with F-1 and M-1 student visas, and must be directly related to a student's major area of study, the report stated.

In May, Senator Chuck Grassley, R-Iowa, chairman of the Senate Finance Committee, asked DHS to answer questions about the scope of fraud in a US student visa program, citing NBC News report.

On Wednesday, the DHS and ICE officials said their investigation had identified 1,100 foreign nationals who appeared to be "not obeying the law." The officials said ICE had sent letters to 700 of them, informing them it was revoking their work permits, the report further said.

Ken Cuccinelli, the senior official performing the duties of DHS deputy secretary, said the enforcement actions "will open up those jobs for American workers. That has been a very high priority for this president.”

Pham said ICE would continue to "identify, locate and take appropriate action against these violators."

"Additional phases of Operation OPTical Illusion are underway," he said. "Our team of special agents continues to investigate both fraudulent employers and student violators."