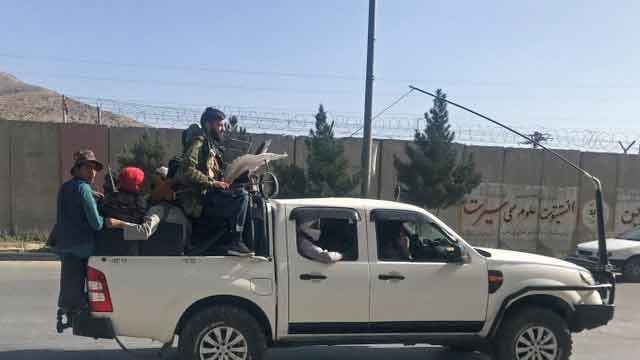 Taliban officials say they had received no reports of any clashes from across the country a day after the armed group seized the capital, Kabul, and the US-backed government collapsed.

“The situation is peaceful, as per our reports,” one of the senior members of the Taliban tells Reuters news agency. He declines to be identified.

Taliban fighters in the Afghan capital, Kabul, start collecting weapons from civilians because people no longer need them for personal protection, a Taliban official says.

“We understand people kept weapons for personal safety. They can now feel safe. We are not here to harm innocent civilians,” the official tells Reuters news agency.

City resident Saad Mohseni, director of the MOBY group media company, says on Twitter that Taliban soldiers have come to his company compound to enquire about the weapons kept by his security team.