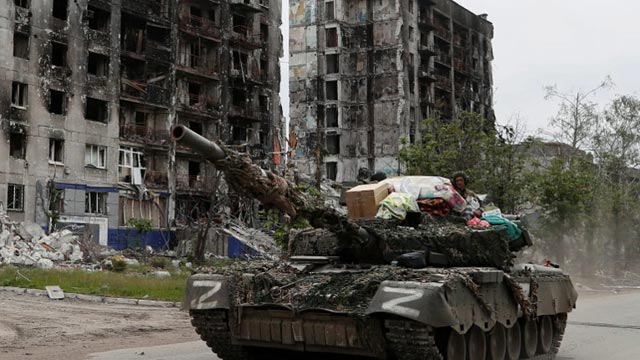 In a ground-breaking report, more than 30 independent experts in international law, genocide and Eastern Europe have concluded that Russia bears state responsibility for breaches of the 1948 Genocide Convention on the Prevention and Punishment of the Crime of Genocide, to which Russia is a party along with 151 other states.

Published on Friday, the highly detailed report also concluded that there is a serious risk of genocide occurring, triggering all states’ obligation to prevent it under Article I of the Genocide Convention.

It arrived at its conclusions based on international law and the relevant binding treaty—the Genocide Convention—as applied to the available evidence.

The report is supported by a range of experts, including some of the world’s most respected legal authorities, such as Ambassador Allan Rock, Prof Gregory Stanton and Dr Melanie O’Brien.

The report was initiated by Dr Azeem Ibrahim, director of the New Lines Institute for Strategy and Policy, after travelling to Ukraine to investigate war crimes in person, and Irwin Cotler, the International Chair of the Raoul Wallenberg Centre for Human Rights.

The report follows a previous landmark report on the Uyghur genocide last year.

Dr Ibrahim, a recipient of the 2019 International Association of Genocide Scholars Award for his work on the Rohingya genocide, said: “This report is the first to address one of the more contentious and consequential questions of Russia's invasion of Ukraine: whether the war is genocidal in character.

“With fighting still ongoing, modern tools have made it vital that this question is examined and its truth made known. A clear reckoning of the facts using modern methods of investigation together with legal analysis pursuant to applicable law is essential.”

“This is the first report of its kind, but not the final word on the subject. We hope more will follow,” he added.

Cotler, former minister of justice and attorney general of Canada, said: “The report makes three compelling determinations: first, that Russia has been engaged in incitement to genocide, a standalone crime under the Genocide Convention; second, that genocidal intent and action can be inferred from Russia's criminal aggression and mass atrocity crimes; and third, that State Parties have a responsibility to prevent and hold Russia accountable.”

“In a word, the report makes an important contribution to the overall international efforts at justice, accountability and ending the mass violence and aggression.”

The report is largely based on verified open-source material and says it provides a basis to conclude that Russia bears responsibility for incitement to commit genocide and genocide itself, while definitively concluding that there is a serious risk of genocide in Ukraine.

In April, US President Biden called the atrocities genocide, but left it to lawyers to “decide, internationally, whether or not it qualifies”.

The New Lines-Wallenberg report provides the first international and independent analysis for governments to determine their duties under the Genocide Convention.