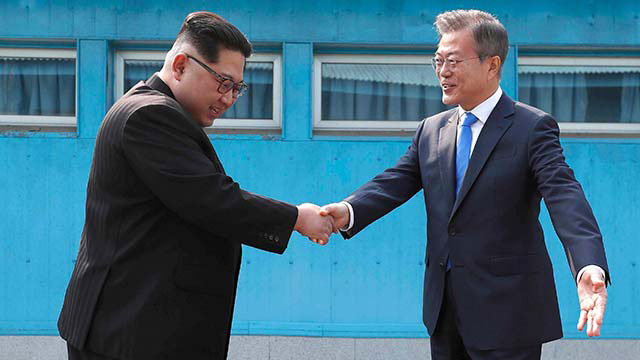 Seoul, May 26 (Just News): South Korea on Saturday welcomed the renewed prospect of a summit between the United States and North Korea after President Trump cancelled talks with Kim Jong Un only to suggest they might still take place.

"We find it fortunate that the embers of the North Korea-US talks are reignited. We are watching developments carefully," Presidential Blue House spokesman Kim Eui-gyeom said.

Trump's cancellation of the summit blindsided treaty ally South Korea, which had brokered the remarkable detente between Washington and Pyongyang.

On Friday, Trump turned on his heels again, saying the meeting with Kim could go ahead after all -- and would "likely" happen on the originally scheduled date of June 12 in Singapore.

The summit would be an unprecedented meeting between a sitting US president and a North Korean leader, which Washington hopes will result in full denuclearisation of the reclusive state.

South Korea's Moon has pushed diplomacy as he desperately sought to calm spiralling tensions on the Korean Peninsula and an escalating war of words between Kim and Trump last year sparked by Pyongyang's detonation of its largest nuclear bomb to date and a series of intercontinental ballistic missile tests.