Americans vote in ‘poll of a lifetime’ 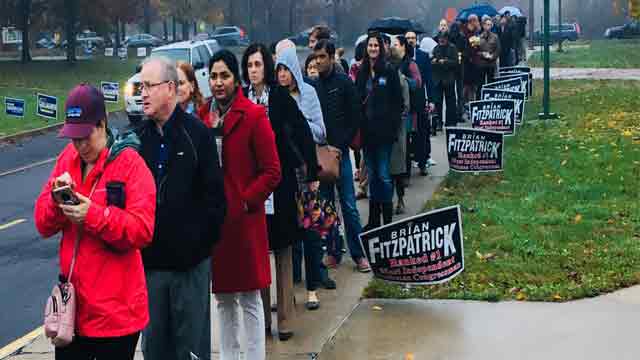 Washington, Nov 6 (Just News): Americans are voting in nationwide elections that are being seen as a referendum on Donald Trump's presidency.

Polling stations opened at 06:00 (11:00 GMT) on the East Coast, as Republicans and Democrats battle for control of the two houses of Congress.

Governor posts and seats in state legislatures are also up for grabs.

All 50 states and Washington DC are going to the polls, and voter turnout is expected to be high.

Mr Trump attended three rallies on the final day of campaigning on Monday, telling his supporters: "Everything we have achieved is at stake tomorrow."

Barack Obama - on the campaign trail for the Democratic party - said "the character of our country is on the ballot". The former president tweeted the vote "might be the most important of our lifetimes".-BBC