All intercity trains to resume operation from next week 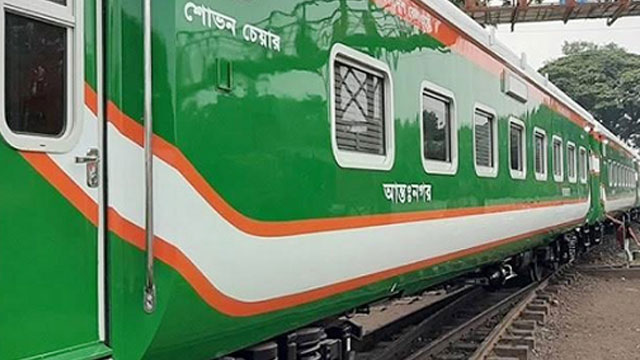 Bangladesh Railways (BR) has decided to resume all intercity passenger train services by the month of August amid the ongoing coronavirus pandemic.

According to the decision, BR will onboard all the intercity city trains from August 15 to 30.

“BR currently operates 17 pairs of intercity passenger trains among dozens of destinations, which will gradually be increased to 100 pairs by this month,” said Ministry of Railway Senior Public Relations Officer Md Shariful Islam.

“However, no local or commuter trains will operate now,” he told Dhaka Tribune.

Currently, BR only sells tickets online. Trains are also being filled to 50% of their total capacity in order to avoid crowding at the current time.

“Although all the intercity trains are being on boarded into fleet, the decision to sell tickets for 50% of the capacity of each train will remain unchanged,” he added.

“Ticket counters will not be opened as only online ticketing is allowed for travel,” he added.

BR suspended its operations on March 25 as the government declared public holidays from March 26 to May 30.

Once the public holiday lifted, train services resumed partially from May 31 on a limited scale, while allowing only eight pairs of trains. Nine pairs of passenger trains were added to the operational fleet after a couple of days.

According to Railway Ministry insiders, BR took the decision of resume all train services as the all employees are ordered to attend the office following Cabinet Division decision from August 4.

On the other hand, all the other modes of public transport are operational as the coronavirus situation improves in the country.

Earlier, BR announced health guidelines for the safety of passengers and staff amidst the pandemic, but passengers have been observed to not always follow them.