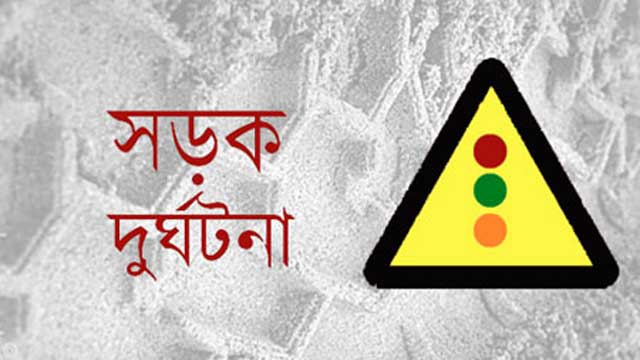 A woman and her child were killed and five injured as a bus hit a battery-run auto-rickshaw on Lalmonirhat-Burimari road in Kaliganj upazila of Lalmonirhat.

Manjila and her three-year-old son Sajedul Islam died on the spot when a bus coming from the opposite direction hit their auto-rickshaw, said Kaliganj Police Station Officer-in-Charge (OC) Arju Mohammad Sajjad Hossain.

Police and locals said Badiuzzaman along with his wife, child and some other passengers was on the way to Kaliganj upazila headquarters from his Sholmari house.

The injured were taken to Kaliganj Upazila Health Complex. Two of them have been referred to Rangpur Medical College Hospital as their condition was critical at the time of filing this report.