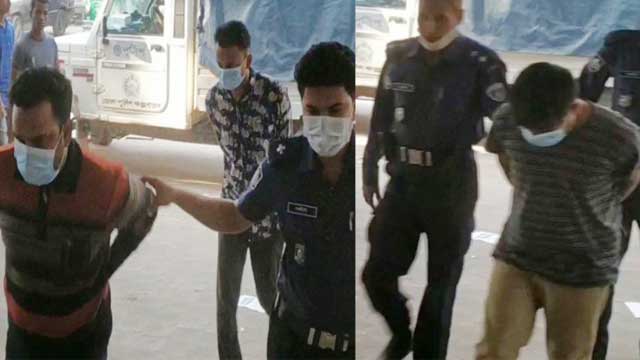 Three members of Cox's Bazar District Police were arrested today in a case filed for robbing Tk3 lakh from a woman at gunpoint in Cox's Bazar city yesterday.

All of them were stationed at Cox's Bazar City Police outpost.

The incident occurred when Rozina Khatun, wife of businessman Riaz Ahmed, a resident of Central Kutubdiapara, was mugged at gunpoint, said locals.

"The policemen allegedly committed the crime while being dressed in plain clothes. The incident will be investigated and legal action will be taken against them if found guilty," Additional Superintendent of Police Rafiqul said.