Helena Jahangir to face multiple cases under DSA, others 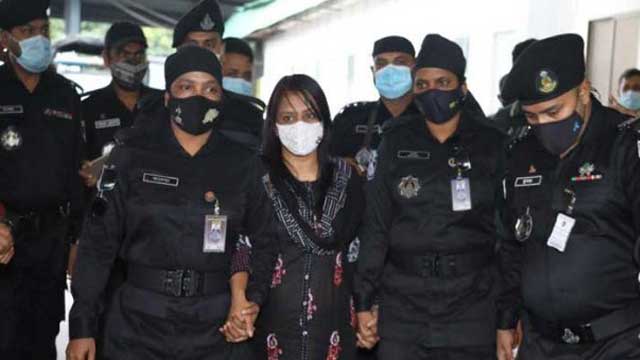 The RAB said that the arrested had also been spreading propaganda campaign against respected people of Bangladesh in social media.

She was taken into RAB custody during the raid.

Later, a RAB team raided Helena owned Joyjatra TV office in Mirpir-11 and sealed it off.

Moin said that Joyjatra TV had the license to operate Internet Protocol television, but it was broadcasting almost similar to satellite television. In a joint raid, RAB and Bangladesh Telecommunication Regulatory Commission seized unauthorised equipment of satellite television there.

Helena, the founder and chief executive editor of IPTV Jayayatra Television, became a member of the ruling party’s central sub-committee on women’s affairs on January 17.

She created controversy and came into discussion after she had announced a new platform named Bangladesh Awami Chakrijibi League to mobilise service holders under the platform.

On July 25, the ruling Awami League sub-committee on women’s affairs fired entrepreneur Helena Jahangir from the committee for her controversial activities.

Earlier, she became a member of the ruling party’s Cumilla north district advisory council in December 2020.