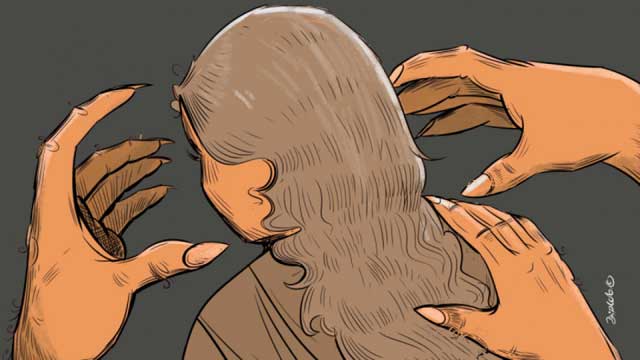 A 16-year-old girl has been raped after she went on an outing with her lover in Jashore town.

The incident took place on Saturday night and the victim’s mother filed a case with Jashore Kotwali police station on Sunday. Police arrested the joint secretary of Jubo League’s Jashore district unit, Rafiqul Islam, the teenager's lover, and two others.

According to the case statement, the girl, a resident of Boubajar area in the district town, developed a love affair with Akash, 20, a youth of the area.

They went to a nearby fair on Saturday evening. Later, Akash and his friends Tausin Billal and Arafat took the girl to the office of Rafiqul Islam at Biman office intersection in the town tactfully.

At one stage, Shaheed, 43, bodyguard of Rafiqul, raped the girl at the office. When others also attempted to rape her, she screamed loudly and managed to foil their attempts.

When she was returning home with Akash and his friends after the incident, police stopped them and she disclosed her ordeal. Sensing the consequence, the three youths tried to flee the scene, but the policemen detained them.

Later, police detained Rafiqul from Kanthaltala area of the town on Sunday.

Inspector BM Alamgir Hossain said the victim is now undergoing treatment at Jashore general hospital. The four arrestees were sent to the prison through court.