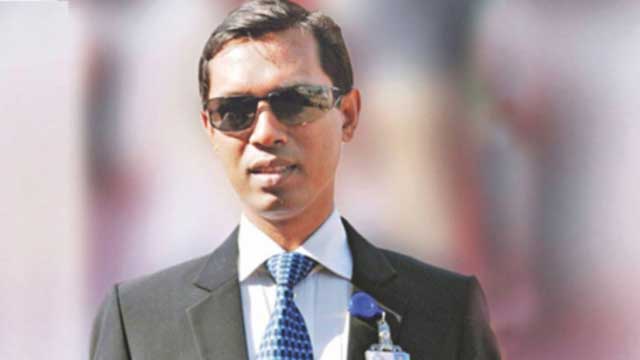 "Receiving the petition, the court kept it for passing the order on the next date of the case," said Public Prosecutor (PP) Advocate Fakhruddin Chowdhury.

In the petition, Babul's lawyer Murad alleged that Feni Model Police Station OC entered Babul's cell in Feni prison in the name of searching, which is a clear violation of the jail's code of conduct.

On September 8, Babul, who is behind the bars in connection with the murder of his wife Mahmuda Khanam Mitu, lodged a complaint accusing PBI chief Banaj Kumar Majumdar and five police personnel including two SPs of PBI of physically and mentally torturing him under PBI custody before showing him arrested in the case.

As per the direction of the accused, OC Nizam on Saturday (September 10, 2022) went to Feni prison around 12pm and conducted a search in Babul's cell, the petition said.

Footage of the OC entering the prison had been recorded in prison's CCTV cameras. Without the order of the district magistrate and court, the OC cannot enter the prison but the officer did it with the aim to harm and demoralise Babul, the petition added.

The plaintiff feels insecure for himself and his family members following the incident, which should be investigated to ensure the security of the plaintiff inside the jail under section 11 of Custodial Death (Prevention) Act-2013, the petition added.

"I went to the Feni jail on that day (September 10) to talk to the jailor over a robbery case which is being investigated by my police station. The allegation brought against me is baseless as there is no room to enter any accused cell without court permission," he claimed.

On May 29, Babul was shifted to Feni Jail from Chattogram Central Jail.

The court fixed September 19 for passing an order over the complaint.