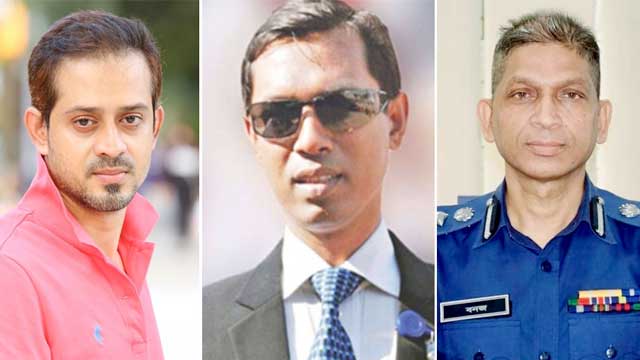 The Police Bureau of Investigation chief Banaj Kumar Majumder on Tuesday night filed a case against former superintendent of police Babul Akter and three other people under Digital Security Act for tarnishing his and the police unit’s image.

The case was lodged two days after a Chattogram court rejected a case filed by Babul against Banaj and five more officials for torturing him in PBI custody.

PBI SP for Dhaka metro north unit, Md Jahangir Alam, said that the case was filed over a video content made by Iliyas and circulating in online sphere that tarnished the image of Banaj Kumar and PBI as a unit of the police force.

The case also included a section of the special powers act since the video tried to destroy communal harmony by presenting false information of religious issue, said Jahangir.

Babul Akter, now in jail in the case he filed over the murder of his wife Mahmuda Khanam Mitu in 2016, on September 8 sued six officials of the Police Bureau of Investigation, including its chief Banaj Kumar Majumder, for custodial torture.

Babul complained in the case statement that he was tortured by the accused while he was in PBI custody from May 10-17, 2021.

According to the complaint of Banaj, Babul wanted to divert PBI’s investigation and tarnish the image of the agency.

Babul, his father, brother contacted with Iliyas, who lives in abroad. Later Iliyas posted a documentary video on his Facebook page, which is full of lies and falsehood, said Banaj in the complaint.

Mitu was stabbed and shot to death on June 5, 2016 when she was walking her son to his school bus at the Port City’s GEC crossing.

The PBI submitted the final report on May 12, 2021, in the case filed by Babul Akter in 2016, mentioning Babul as the ‘mastermind’ of the murder as the investigators claimed to have found his involvement in Mitu murder after five years of investigation.

Mitu’s father, Mosharraf Hossain, filed a fresh case on May 12, 2021, over the murder, making Babul Akter as the prime accused.