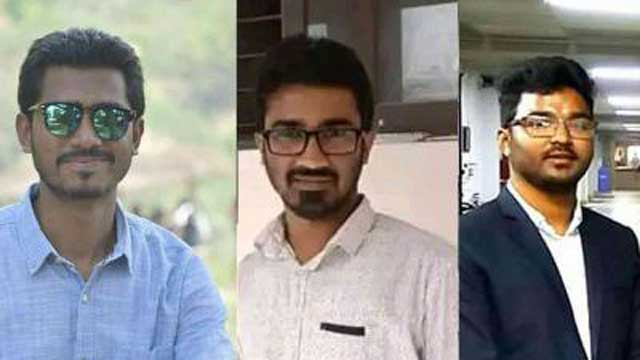 Dhaka, Apr 16 (Just News): Detectives allegedly picked up three leaders of the recent quota reform movement and intimidated them today before releasing them from custody.

Police acknowledged that three quota reformists were at Detective Branch office this afternoon after a newspaper report of this morning affiliated one of them with Shibir politics.

Hasan Al Mamun, convener of Bangladesh General Students’ Rights Protection Forum, the leading banner of the quota reform movement, said that three of their activists were picked up around 1:15pm, after the organisation concluded a press conference in the morning.

Rashed Khan, joint convener of the forum, said plainclothes picked him up and two others from Chankharpool. “They took us in and went to their office. There, they intimidated us.”

Debdas Bhattacharya, additional commissioner (Detective Branch) of Dhaka Metropolitan Police (DMP), said that the trio were indeed at their office this afternoon. “They came in for general inquiry and went away afterwards”.

Rashed Khan, who has been tagged as an activist of Islami Chhatra Shibir in the newspaper report, has claimed that back in his hometown in Jhenidah, his father has been detained by police.

Jhenidah Sadar Police Station Officer-in-Charge Imdadul Huq said that the father, Nabai Biswas, has been taken in for questioning “following a newspaper report of today”.

This morning, the banner held a press conference protesting the Shibir tag on a leader of their activist and said such a claim is intended to divert the cause towards political gain.