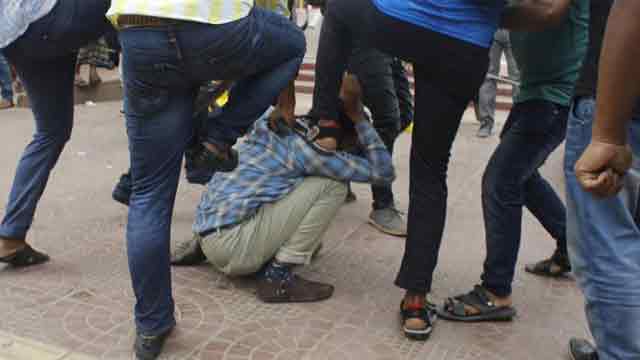 When asked reason for their leaving by the journalists who were present that time, they said that they will let them know later.

Five students demanding civil service quota reforms were injured in the attack which continued for the third consecutive day today.

"After sensing complicacies, we left the spot so that any unwarranted conflict with the students does not take place," Sub-Inspector Shahed, one of the police officials on duty, later told to daily over phone around 1:00pm.

"There are many restrictions for us inside the university campus," the police official said adding, "I informed the university administration and high officials of police about the incident."

However, asked about these “incidents of violence” on the campus, DU Proctor Dr AKM Golam Rabbani told reporters that the proctorial body was not aware of any such incidents.

Earlier, some 10 to 15 BCL activists allegedly swooped on the students when they gathered on the Central Shaheed Minar premises to form a human chain around 10:50am demanding quota reforms in the civil service.