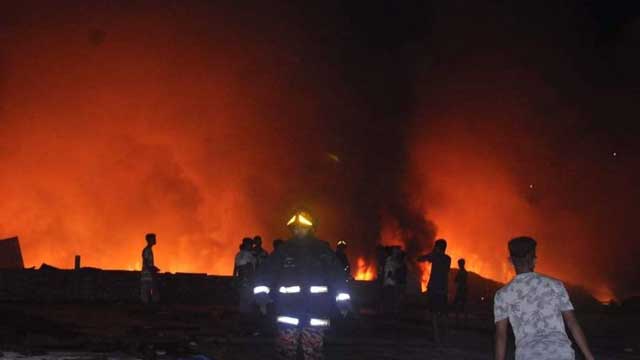 A fire that broke out at a polythene factory in Lalbagh on Wednesday night was put out on early Thursday.

A number of tin-shed rooms were burnt in the fire that broke out on Water Works Road in Posta area around 10:40pm.

Sixteen firefighting units brought the fire under control around 1:00am.

The cause of the fire could not be known immediately, said Ershad, adding that no casualty was reported.

Meanwhile, an investigation committee was formed on Thursday to look into the fire incident.