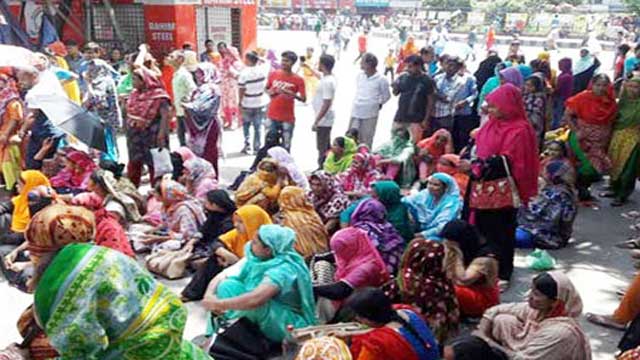 Around a hundred workers of a readymade garment factory have blocked Mirpur 1 intersection in Dhaka demanding their unpaid wages.

Traffic movement in the area remained halted since morning due to the demonstration, causing immense sufferings to the commuters during the rush hours.

Workers of Zara Fashion took to the street since 9:00am demanding their unpaid wages and allowance, said Dadon Fakir, officer-in-charge (OC) of Mirpur Model Police Station.