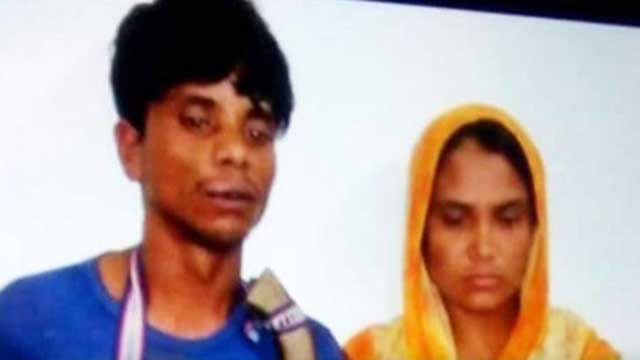 A Rohingya couple was killed in a “gunfight” with police at a Rohingya refugee camp in Teknaf upazila of Cox’s Baxar early today, hours after they were detained by law enforcers.

The deceased were identified as Dil Mohammad, 32, and his wife Zaheda Begum, 27, our Cox’s Bazar correspondent reports.

Police detained the couple with an LG from the Rohingya refugee camp at Leda village in Hnila union at 8:00pm, the OC said.

At one stage of the “gunfight”, the miscreants fled the scene after which police found that Dil Mohammad and Zaheda were hit by bullets, the police official said.

They were rushed to Teknaf Upazila Health Complex. Later, they were referred to Cox’s Bazar Sadar Hospital where the doctors declared them dead, the OC said.

The bodies were sent to the hospital morgue for autopsy, he said.

Three members of the police team Sub-inspector (SI) Nizam, Constable Shahadat and Constable Sudarshan were also injured during the “gun battle”, he added.

Two cases have been filed in this connection with Teknaf Model Police Station, he added.