430 more hospitalized for dengue in 24hrs 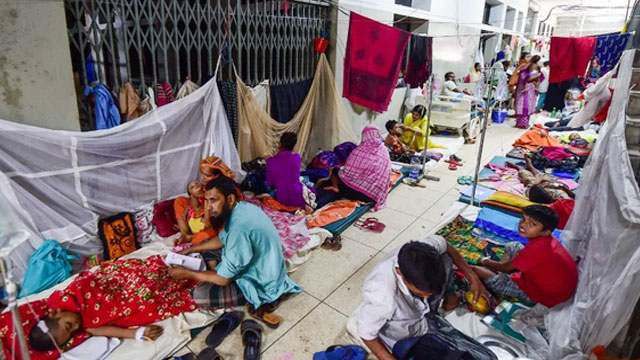 A total of 430 dengue patients have been admitted to different hospitals across Bangladesh in the last 24 hours.

Till 8am on Sunday, 132 new patients were admitted in Dhaka and 298 in districts outside Dhaka.

Dengue, a mosquito-borne virus, spreads among humans through its carrier, the Aedes mosquito.

The Health Emergency Operation Centre and Control Room at the Directorate General of Health Services (DGHS), in a press release issued on Sunday, said the number of patients currently undergoing treatment in government and private hospitals in the country was 2,099.

A total of 68 dengue patients have died across Bangladesh from January 1 till September 22, according to their own collected data. However, the unofficial death toll is reported to be over 160, so far.

As many as 875 patients were currently receiving treatment in 41 government and private hospitals in Dhaka, whereas 1,224 people were undergoing treatment outside Dhaka, the DGHS data said.

Since January 1 till September 22, as many as 84,827 people have been affected by dengue.

Among those admitted, a total of 82,525 have been released from their respective hospitals and clinics after treatment.