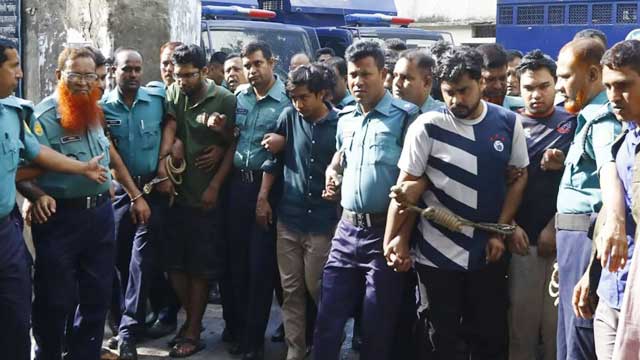 The arrestee is Majedul Islam, 21, a student of Department of Materials and Metallurgical Engineering (MME) of Buet and an accused listed in the First Information Report (FIR) of the case.

Tipped off, a team of DB (South) of Dhaka Metropolitan Police (DMP) conducted a drive in the area and arrested Majedul around 4 am, said Masudur Rahman, deputy commissioner of DMP (media).

Abrar, 21, a second-year student of electrical and electronic engineering department of Buet, was beaten to death reportedly by BCL leaders at Sher-e-Bangla Hall of the university.

He was found dead on the staircase of the dormitory early Monday.

A total of 17 suspects have so far been arrested in the case.

The case was transferred to the Detective Branch on Tuesday for investigation.