2 killed in BGB firing at Naikhongchhari 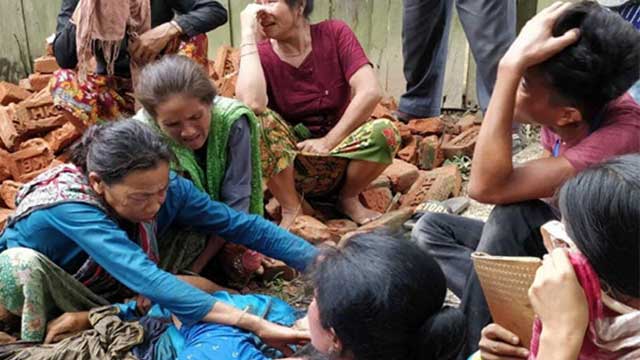 At least two people have been shot dead by Border Guard Bangladesh (BGB) personnel during their attempt to stop a clash between two groups at a polling centre in Bandarban’s Naikhongchhari upazila.

Two other people were also injured during the clashes and subsequent BGB action at Fatrajhiri Government Primary School, he said.

Three union parishads — Naikhongchhari Sadar, Sonaichhari and Gumdhum — under the upazila went to polls earlier in the morning for the election of new chairmen and members. The incident took place amid voting.

OC Anwar identified one of the deceased as Mongsing Dai Tanchangya, 50, and two of the injured as Aungcha Mong Marma, 40, and File Tanchangya, 14.

All of them were residents of Fatrajhiri Mouja No 268 under Gumdhum’s Chakboitha area. The injured were taken to different hospitals in Cox’s Bazar, which is near Gumdhum union.

According to local sources, supporters of two rival member candidates in the election to Ward No 8 under Gumdhum union engaged in a heated argument at the voting centre, over alleged casting of fake votes, a little after 3pm.

The clash ensued after followers of candidate Babul Kanti Chakma tried to forcibly enter the centre after accusing supporters of member aspirant Ahmmad Ali of rigging the vote.

The casualties occurred when BGB personnel, deployed there on election duty, opened fire in a bid to disperse the two warring groups and bring the situation under control.

The voting at that centre was suspended afterwards, said the OC.

BGB’s Cox’s Bazar-based 34th Battalion Commander Lt Col Ali Haider Azad confirmed that members of the paramilitary force did open fire. “But they opened fire only to bring the chaotic situation outside the voting centre under control.”

BGB personnel at the scene also claimed that two of their members were also injured during the incident.