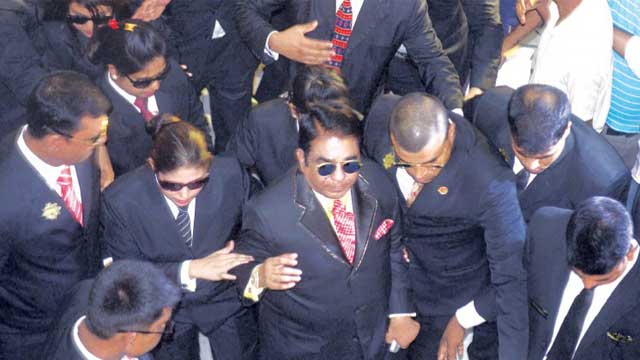 The Anti-Corruption Commission on Thursday filed a case against Defense Advancement and Trading Company chairman Moosa Bin Shamsher and four others for registering a Range Rover jeep abusing the carnet de passage facility.

According to the complaint, British passport holder Fareed Nabir entered Bangladesh in his personal jeep, he brought using the carnet de passage facility in March 2010.

The jeep was seized by customs intelligence of the NBR in March 2017, the complaint said.

It said that customs intelligence also filed a case in this regard for import duty evasion to the tune of Tk 2.15 crore.

As the registration was done through forgery, the customs intelligence unit forwarded the complaint to the ACC as such forgeries are under the ACC’s jurisdiction to pursue legally.

The customs intelligence unit seized the jeep from the possession of controversial business tycoon Moosa.

Wahidur Rahman helped them in getting the jeep registered, ACC findings said.