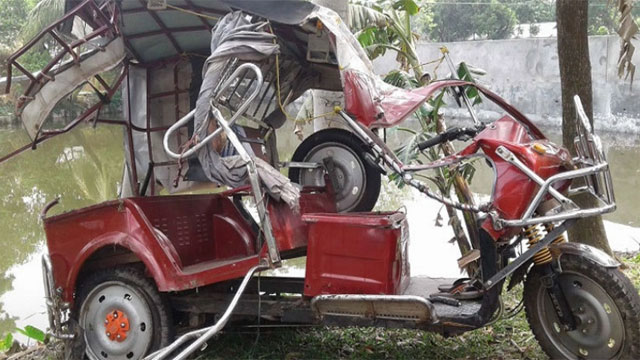 Three passengers of an auto-rickshaw were killed and two others injured in a road accident in the Ferryghat area of Manda upazila on Monday.

The deceased were identified as Rafiqul Islam, 29, Joynal Abedin, 36, and Ashfarul Islam, 38, representatives of Acme Pharmaceuticals.

Md Mozaffar Hossain, officer-in-charge of Manda Police Station, said the accident took place around 9am when the truck hit the auto-rickshaw.

The trio was going to the district town to attend the company’s annual meeting.

Rafiqul was killed on the spot and four others were injured.

Joynal died at Manda Upazila Health Complex and Ashraful succumbed to his injuries while being taken to Rajshahi Medical College Hospital.

A recent World Bank report says annual road crash deaths per capita in Bangladesh are twice the average rate for high-income countries and five times that of the best performing countries in the world.

Nirapad Sarak Chai, a road safety advocacy group, in a report said that 5,227 people were killed in 4,702 road accidents in Bangladesh last year.

The WB report said Bangladesh needs to invest an estimated extra $7.8 billion over the next decade to halve its road crash fatalities.