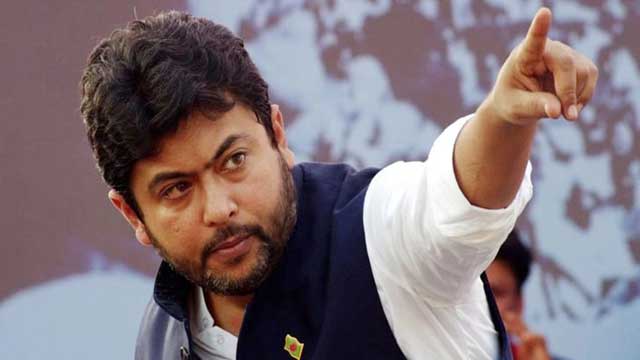 Faridpur-4 member of parliament Mujibur Rahman Nixon Chowdhury had reportedly threatened the deputy commissioner and the assistant commissioner (land) of Faridpur district over the arrest of his supporters during by-polls to the post of chairman of Charbhadrasan Upazila Parishad.

Addressing the rally, MP Nixon said that the deputy commissioner arrested the activists of ‘boat symbol’ and assaulted them by ‘12 magistrates’ during the election.

Calling the deputy commissioner ‘a razakar’,’ the MP said, ‘Party leaders and activists were attacked by magistrates wherever they were found in only four unions.’

Issuing a warning to the DC, he said, ‘If I take my people in the movement against you, if I go with the leaders and activists, you won’t even get a chance to breathe.’

At this point in his speech, Nixon’s followers started chanting slang slogans against the deputy commissioner. ‘Do you do government jobs to make a BNP leader chairman…do you? We want justice,’ said Nixon.

On the election day, Charbhadrasan upazila nirbahi officer Jasmine Sultana confirmed the MP’s use of abusive words against the assistant commissioner (land) over arresting his followers from an election booth for trying to smoke and cast fake votes.

However, the detainees were released as the MP threatened her over the phone.

The by-election to the post of chairman of Charbhadrasan Upazila Parishad was held on Saturday.

Magistrates were appointed in Charbhadrasan upazila elections as per the demand of the Election Commission to hold the election in a free, fair and peaceful environment, said Faridpur deputy commissioner Atul Sarkar.

Asked about Nixon’s warning, the DC said that he informed the matter to the higher authorities.