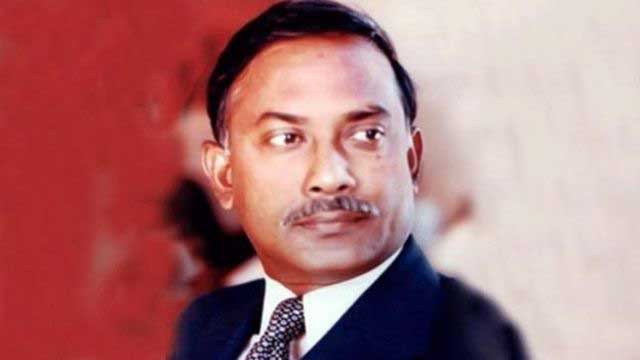 ‘I think the decision of the Jatiya Muktijoddha Council to repeal the gallantry title conferred on Zia has been taken completely out of political vengeance,’ he said.

Fakhrul, now in Singapore for treatment, also said those who took this decision ‘don’t have respect’ for the Liberation War.

‘They are against independence, the Liberation War and completely against freedom fighters. The War of Independence has been stigmatised with this decision. I strongly condemn and protest such a move,’ he said.

The Jatiya Muktijoddha Council at a meeting on Tuesday decided to scrap the gallantry award of Ziaur Rahman for ‘violating’ the constitution, ‘abetting’ the self-proclaimed killers of Sheikh Mujibur Rahman, the founding president of Bangladesh, in escaping the country.

Bir Uttam, the second-highest award for individual gallantry in Bangladesh, was conferred on Ziaur Rahman for his contributions to the Liberation War as a sector commander.

Fakhrul said of the Jatiya Muktijoddha Council took that move to divert people’s attention to a different direction from the government’s ‘misdeeds and corruption that are being surfaced in various ways.’

Fakhrul went to Singapore for treatment at Farrer Park Hospital for various health complexities on January 30.