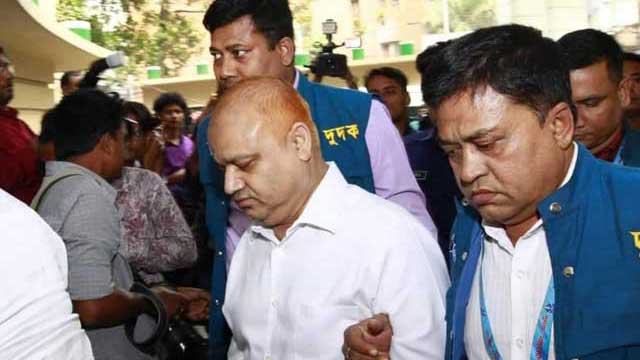 Shamim’s lawyer Advocate Sawkat Osman told Dhaka Tribune on Saturday that his client secured bail from the High Court on February 4 and February 6 in two cases filed against him for keeping arms and drugs.

He also said on February 6, the High Court bench of Justice AKM Asaduzzaman and Justice SM Mozibur Rahman granted a six-month bail to Shamim in an arms case.

“We received the written bail order on February 12 and already the bail bond has been sent to the Dhaka Central Jail in Keranigonj,” the lawyer added.

Advocate Sawkat also added that Shamim, however, needs to secure bail in two more cases filed against him in order to be freed from custody.

Meanwhile, Deputy Attorney General Fazlur Rahman Khan, the state lawyer for this court, said he was not aware of any such developments regarding GK Shamim’s case.

“I have no information regarding this bail order. I have also not received any file related to this bail petition or hearing,” he said.

The DAG also said that generally, the state needs to be informed in advance for a bail petition by the lawyers of a person in custody.

“However, we did not receive any notice in this regard. We will investigate the matter on whether there was any sort of forgery in this regard,” he added.