Tigers' jersey to be changed 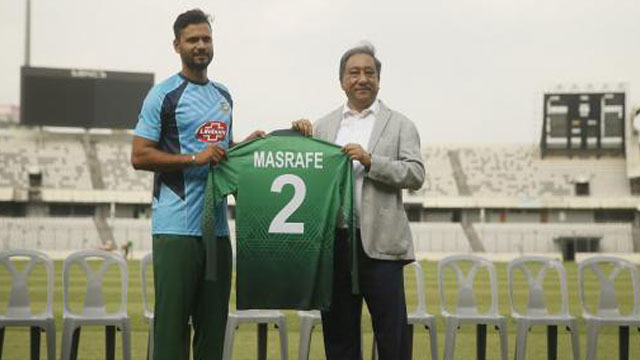 BCB's chief executive officer Nizamuddin Chowdhury confirmed The Daily Star this morning that the design will be changed.

The design for the away jersey is completely red, with a bit of green on the arms and in front. However, the home jersey is completely green, with red nowhere to be seen. This home jersey was the one which the players wore during the official photo session of the team on Monday. The all-green jersey created a lot of resentment among the fans on social media, with some likening it to Pakistan jerseys.

Following the uproar, BCB president Nazmul Hassan, on Monday night, told a TV channel that they would change the design of the home jersey. Nizamuddin confirmed this change today, saying, "There is no red on the home jersey. The new design will have red in it."

He also informed, "Initially the design had red in it. The team's name, Bangladesh, was in red. But ICC did not approve of it. There is probably a guideline of ICC that the team names will have to be in white colour. Now we will have to put the red colour somewhere else in the jersey."

The BCB CEO also informed that the jerseys that have already been put on sale in the market will be replaced by the new ones.