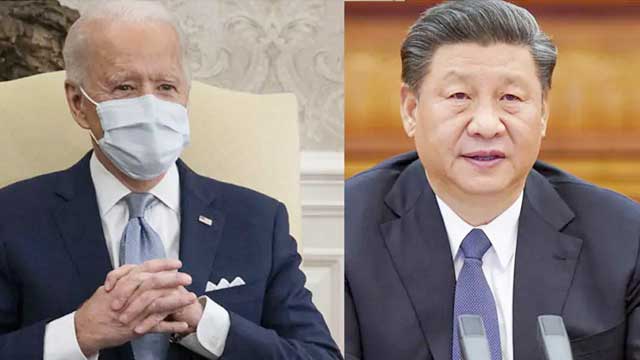 The US President Biden spoke by phone with Chinese President Xi Jinping on Wednesday, the White House said, the first conversation between the two since Mr. Biden won the presidential election.

The president raised a number of contentious issues during the call, according to a readout provided by the White House, underscoring his "fundamental concerns about Beijing's coercive and unfair economic practices, crackdown in Hong Kong, human rights abuse in Xinjiang and increasingly assertive actions in the region, including toward Taiwan."

"President Biden committed to pursuing practical, results-oriented engagements when it advances the interests of the American people and those of our allies," according to the summary of the call.

"It was a good conversation. I know him well. We spent a lot of time together over the years I was vice president. But if we don't get moving, they're going to eat our lunch," he said, adding China is investing billions of dollars into issues relating to transportation and the environment. "We just have to step up."-CBS News