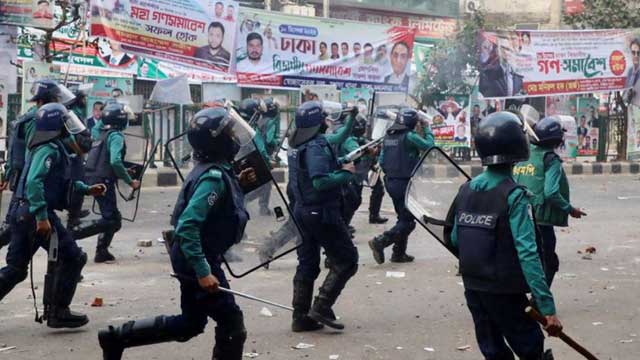 The White House on Friday called on the government of Bangladesh to fully investigate reports of violence against journalists and human rights activists ahead of a major political protest, and urged all parties to refrain from violence.

Local media in Bangladesh this week reported police killed one person and wounded more than 60 people on Wednesday in Dhaka when they fired upon activists and members of the Bangladesh Nationalist Party (BNP), the country's largest opposition party.

The Voice of America, meanwhile, reported that thousands of BNP members had been arrested over the past month ahead of a protest planned by the party in Dhaka on Saturday that activists say could attract 1 million people.

Kirby said the United States was continuing to call for the right of Bangladesh citizens to engage in peaceful protests without fear, intimidation, harassment or violence.

"We call on all parties in Bangladesh to respect the rule of law, to refrain from violence. We want to see them refrain from harassment, intimidation, and we call on the government to ensure that no party or candidate threatens, incites or conducts violence against any other party," he said.

Kirby said Washington was also urging government authorities in Bangladesh to "fully investigate reports of violence in a thorough, transparent and impartial manner."-Reuters