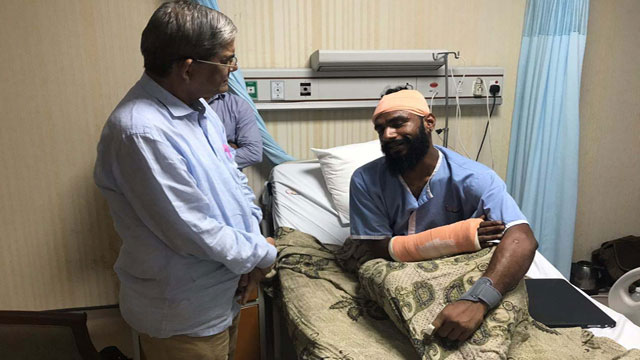 Alamgir went to United Hospital around 6:30pm and stayed beside Ahad for a while.

He also talked to doctors and enquired about Ahad's health condition.

The BNP leader wished early recovery of the AP photojournalist.

Ahad was injured as some rowdy youths beat him near Dhaka City College on Sunday while taking photos of those attacked students during their agitations seeking safe roads.