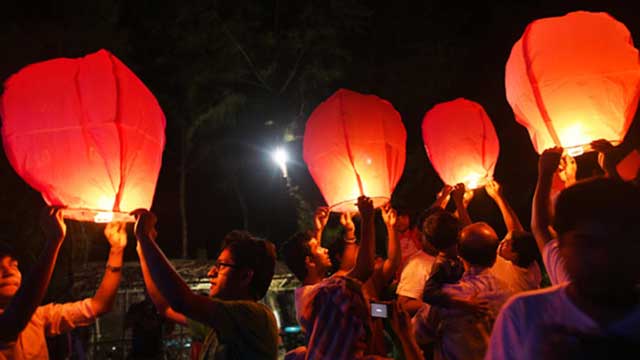 The restriction came this afternoon, nearly a week after the New Year celebration that saw thousands of paper lanterns flying on the city’s sky in the wee hours of January 1.

The paper lanterns may cause fire incidents or any other security threats, said a press release signed by DMP Commissioner Asaduzzaman Mia.

A top DMP official, preferring anonymity, told that the decision was taken upon receiving complaints from some city dwellers that burning sky lanterns fell on their rooftop during the New Year celebration.

Police also warned of taking legal action against those who will defy the instructions.

He, however, said releasing sky lanterns in religious programmes will be kept out of its preview.