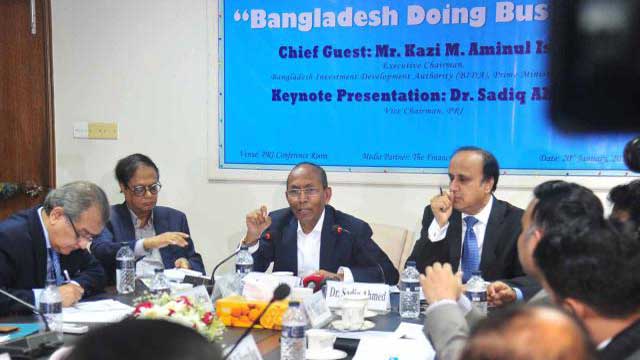 President of Bangladesh Enterprise Institute (BEI) and also former ambassador Farooq Sobhan revealed this at a roundtable organised by Policy Research Institute at its Banani office in the capital on Saturday.

Quoting finance minister Abul Maal Abdul Muhith, Farooq Sobhan said the amount will be double if the money, which goes out through illegal means, is accurately estimated.

PRI organised the roundtable on the improvement of the business environment in the country.

Discussants said the country's education sector has no relevance to the labour market. Educated persons remain unemployed while persons are hired from abroad to fill the vacancies, they noted.

Farooq Sobhan said steps have to be taken to improve skills at different levels.