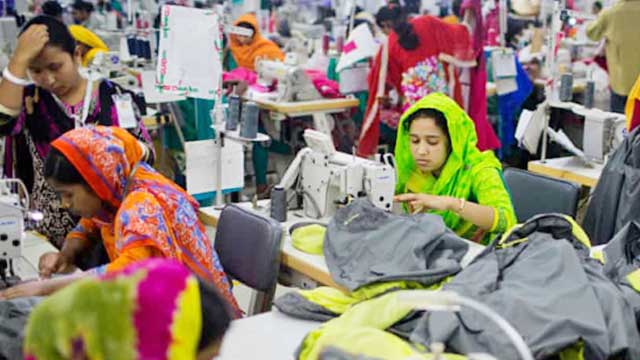 More than a million Bangaldeshi garment workers have been sent home without pay or have lost their jobs after western clothing brands cancelled or suspended £2.4bn of existing orders in the wake of the Covid-19 epidemic, according to data from the Bangladeshi and Garment Exporters Association (BGMEA).

Primark, Matalan and the Edinburgh Woollen Mill are among retailers that have collectively cancelled £1.4bn and suspended an additional £1bn of orders as they scramble to minimise losses, according to BGMEA. This includes nearly £1.3bn of orders that were already in production or had been completed.

Other brands included in the data, including Next, Marks & Spencer and Tesco have since said they will honour existing orders that have been placed with Bangladeshi suppliers.

The BGMEA said the impact of the cancellations has already been “catastrophic” for Bangladesh. More than one-quarter of the country’s 4 million garment workers have already lost their jobs or have been furloughed without pay because of order cancellations or the refusal of brands to pay for cancelled shipments.

A survey of nearly 300 Bangladeshi garment suppliers by the Workers Rights Consortium (WRC) and Penn State University, found that western retailers have been using force majeure clauses in their contracts to cancel or suspend orders in the wake of the coronavirus crisis.

Factory owners in Bangladesh told the Guardian that brands and retailers are postponing the delivery of orders that have already been produced by garment factories so invoices can’t be raised. They are also cancelling all upcoming orders and refusing to pay the cost of raw materials already purchased by suppliers.

“We have had to temporarily close our factory for the health and safety of our workers but we are facing ruin because brands and retailers are cancelling orders that we have already produced and if they don’t pay, I can’t pay the workers,”said Mostafiz Uddin, the chief executive of the Bangladesh Apparel Exchange and managing director of Denim Expert, a clothing company that supplies international brands including Peacocks in the UK.

“We have to pay upfront for all of our materials and banks are blocking my accounts. I can’t even pay the utility bills. We can’t do anything because after this is over we will need to work with these brands again so we are powerless to fight them,” he said.

I have 2,000 workers who are supporting 10,000 family members. What shall I tell them about their work and pay?

“I can’t sleep at night. I have 2,000 workers but they are all supporting another 10,000 family members. What will I tell them about their jobs and their pay?”

More than 97% of the suppliers surveyed by the WRC and Penn State University said brands had offered no financial assistance in covering the cost of furloughing workers or helping to pay severance costs.

“What we’re seeing is a wholesale abandoning of workers and suppliers,” said Scott Nova, executive director of the WRC.

“The way that the garment supply chain is set up, the suppliers take all the risk. They buy the cloth, hire the workers and make the clothes but can’t raise an invoice until the order is shipped. If brands cancel existing orders and refuse shipment then invoices can’t be sent and nobody in Bangladesh gets paid.”

In a statement, Primark said that, while it recognised and was “deeply saddened” by the effect this would have further down its supply chain, it had had “no option” but to cancel orders that had been placed with their Bangladeshi suppliers.

“If we had not taken this action, we would be taking delivery of stock that we simply could not sell,” Primark said in a statement. “This has been unprecedented action for unprecedented and frankly unimaginable times”

Edinburgh Woollen Mill also confirmed it has cancelled all existing orders saying, “Our relationships with suppliers are absolutely fundamental to our business, and this is not what we would ever normally wish to do but the current circumstances are such that this is a necessity.”

Matalan would not confirm whether they had cancelled orders. By email, they said the company was “looking at multiple ways of repurposing or postponing, rather than cancelling wherever possible.”

After the BGMEA data was published, Tesco and Marks & Spencer said they were now working with Bangladeshi suppliers to honour existing orders. Tesco is also refuting the figure published in the BGMEA data that it cancelled £50m of orders.

In a statement, Next said that as all its shops are currently closed it is cancelling some orders, but will honour existing agreements that are in place up to 10 April.

Other brands including H&M, Next and Zara said they would also honour existing financial arrangements with their Bangladeshi suppliers and pay invoices in full for orders already placed.

Aruna Kashyap, senior researcher at Human Rights Watch said that the situation in Bangladesh exposed the lack of any sort of protection for workers who make huge profits for international fashion brands.

Workers who have been furloughed or lost their jobs would struggle to find any way to support their families throughout a Covid-19 lockdown and it could take years for the garment industry to recover, Kashyap said.

“The brands are trying to minimise their losses but the impact on the ground in Bangladesh has already been catastrophic and will spell disaster for millions of families,” she said.

“Retailers are calling on the governments of garment-producing countries to provide support for workers, but if you’re going to base your hugely profitable supply chain in countries where you know no such social safety net is available, you have to take responsibility when things go wrong.”

This article was amended on 3 April 2020 to add additional information.-The Guardian