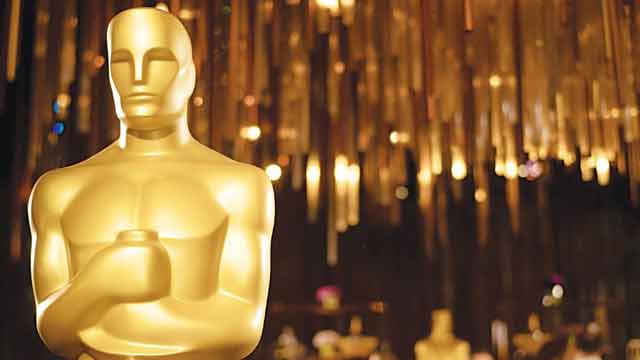 For the past year, Hollywood’s brightest stars have either been forced to wear ball gowns in their living rooms to accept awards – or they have worn fancy pajamas. On Sunday, they hit the Oscars red carpet with flair.

And although the women were stunning as ever, the men — perhaps inspired by Billy Porter’s show-stopping turn in a tuxedo gown at the Academy Awards two years ago — also brought their top fashion game.

Here are a few takeaways from the red carpet, the first big fashion event in Tinseltown since the coronavirus pandemic erupted in early 2020.

Leslie Odom Jr, a double Oscar nominee for best supporting actor and best original song for ‘One Night in Miami,’ looked exactly like the golden statuette he is hoping to take home, in a shimmering double-breasted Brioni suit.

Daniel Kaluuya, who won the best supporting actor Oscar for his portrayal of slain Black Panthers activist Fred Hampton in ‘Judas and the Black Messiah,’ suited up in all-black Bottega Veneta – T-shirt and tux.

And Colman Domingo, who co-stars with nominees Viola Davis and the late Chadwick Boseman in ‘Ma Rainey’s Black Bottom,’ added a pop of colour to the proceedings in head-to-toe hot pink.

Paul Raci, another best supporting actor nominee for his work in ‘Sound of Metal,’ rocked his black suit with some killer accessories – silver jewellery and dark nail polish.

Odom was not the only one sporting Oscars gold.

Carey Mulligan, a nominee for best actress for her searing turn as a medical school dropout avenging her friend’s rape in ‘Promising Young Woman,’ sparkled in a strapless golden gown with a bare midriff and a long train.

And singer Andra Day, a nominee in that same category for her portrayal of Billie Holiday in ‘The United States vs Billie Holiday,’ went for a daring gold gown with a huge cutout in the middle and a slit up to there.

Along with Mulligan and Day, Viola Davis is in contention for the best actress prize for ‘Ma Rainey’s Black Bottom,’ and she turned up in a low-cut white sleeveless Alexander McQueen gown with sexy cutouts all through the bodice.

Bulgarian actress Maria Bakalova, a first-time nominee in the best supporting actress category, also went for pristine white, fluttering onto the red carpet in a white Louis Vuitton princess gown with a plunging neckline and a cloud of tulle for a skirt.

Despite many gowns in white, basic black or muted hues, some actresses went for old Hollywood glamour in bright colours.

Halle Berry, a best actress Oscar winner in 2002 and a presenter on Sunday, rocked a new short hairdo and a strapless flowing purple gown.

And presenter Angela Bassett stunned in a bright red gown with a slit up the front and puffed sleeves that came together in the back in a huge bow.

‘This is Hollywood Christmas,’ Bassett said at the Oscars pre-show.