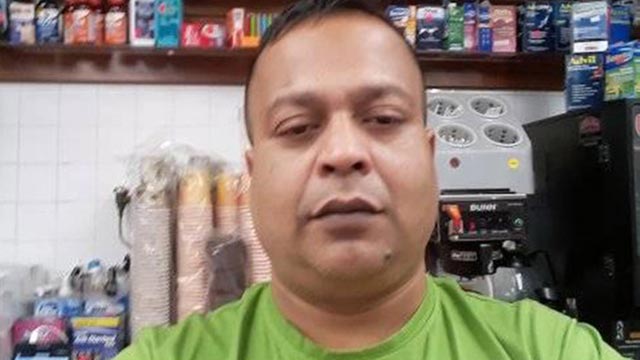 A Bangladeshi man was fatally stabbed in New York early on Saturday morning.

Abu Sala Miah, 51, was working as a deliveryman for GrubHub while his family lived in Bangladesh, reports the Daily Mail.

According to a New York Police Department (NYPD) surveillance footage, the attacker, yet to be identified, approached Saleh who was sitting on a park bench at Sarah D. Roosevelt Park in the Lower East Side.

The hooded man tried to steal Sala’s e-bike, leading to a struggle after which he slashed his face and stabbed him in the stomach, the footage shows.

According to the police, Salah ran back toward the park as he bled out, seeking the help of a Parks Department employee.

He was rushed to Bellevue Hospital, where he succumbed to his injuries, police said.

The Daily News, citing family members, reported that Miah had borrowed money from a friend to buy the e-bike and would often rest at the park before heading to a nearby apartment that he shared with roommates.

His roommates reportedly tracked him down at the hospital when they grew concerned about Saleh when he didn't return home Saturday night.

According to the victim’s brother-in-law Muhammad Ahsan, 44, Salah had emigrated to the United States out of fear of political prosecution two years ago.

'He came to this country two years ago for a better life ... He just always had that dream to move here,' said Ahsan.

Salah worked hard to send money back home to his wife, 19-year-old daughter and 11-year-old son, he said.