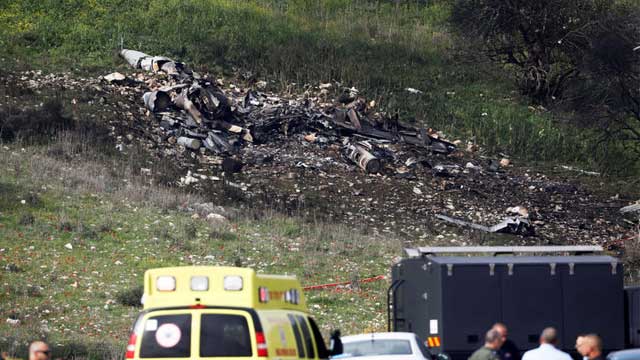 Tehran, Feb 11 (Just News): Israeli PM Benjamin Netanyahu says his country will defend itself "against any attack" after it carried out what have been called its largest strikes against sites in Syria in decades.

Israel launched raids against Iranian targets after saying it had intercepted an Iranian drone crossing the Syria-Israel border.

During the offensive an Israeli F-16 fighter jet was shot down by Syria air defences and landed in northern Israel.

Its pilots ejected from the plane and were taken to hospital.

It was the first time Israel had lost a jet in the Syrian conflict.

Mr Netanyahu warned that Israel's policy to defend itself against "any attempt to harm our sovereignty" was "absolutely clear".

Mr Netanyahu said Israel would oppose any attempt by Iran to entrench itself militarily in Syria.

But he also said during a meeting with military chiefs that "Israel seeks peace".