Taliban co-founder back in Afghanistan 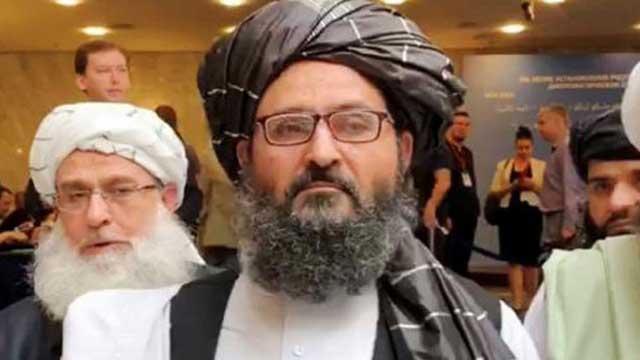 The Taliban's co-founder returned to Afghanistan Tuesday following the group's stunning takeover of the country, hours after they told government staff to return to work -- though residents reacted cautiously and few women took to the streets.

Mullah Abdul Ghani Baradar's arrival from Qatar -- where he has spent months leading talks with the United States and then Afghan peace negotiators -- crowns a stunning comeback for the Taliban after being ousted 20 years ago.

Tens of thousands of people have tried to flee the country to escape the hardline Islamist rule expected under the Taliban, or fearing direct retribution for siding with the US-backed government that ruled for the past two decades.

Significantly Baradar, now deputy leader of the group, chose to touch down in Afghanistan's second biggest city Kandahar -- the Taliban's spiritual birthplace and capital during their first time in power.

He landed hours after evacuation flights from Kabul's airport restarted after chaos Monday when huge crowds mobbed the apron, with some people so desperate they clung to the fuselage of a US military plane as it rolled down the runway for take-off.

The Taliban led a pariah regime from 1996 to 2001, infamous for a brutal rule in which girls could not go to school, women were barred from working in jobs that would put them in contact with men, and people were stoned to death.

US-led forces invaded following the September 11 attacks, in response to the Taliban giving sanctuary to Al-Qaeda, and toppled them.

Now the Taliban are back in power, they have sought to project an air of restraint and moderation, including by on Tuesday announcing a "general amnesty" for government workers.

Some shops also reopened as traffic police were back on the streets, while Taliban officials planned a first diplomatic meeting -- with the Russian ambassador.

A Taliban official also gave an interview to a female journalist on an Afghan news channel, and a girls' school reopened in the western city of Herat.

Russia's foreign minister Sergei Lavrov said the Taliban had sent a "positive signal" by showing a "readiness to respect the opinion of others."